Born in North Carolina and raised on Oak Island, Captain Robert is a full- 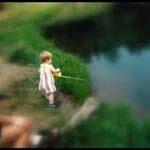 time, USGC licensed and insured, charter and commercial, fishing captain. Since 2005, he has fished the Atlantic Ocean focusing in the Cape Fear region. Over the past 5 years, Captain Robert has taken more than a thousand people fishing in southeastern, NC. Driven by his passion for the ocean, its eco-system, and the role he plays as a fisherman, Captain Robert’s experience stretches from Nag Heads, NC to the Florida Keys—with additional bouts in Mexico and the Bahamas. Captain Robert’s obsession hit the point-of-no-return when he was only 5 years old, fishing with his Uncle Chip off the coast of Key West. A monster, never to be seen, spooled their reel in a matter of seconds, leaving them both with a terminal case of Fishing Fever. Captain Robert has dedicated his life to the craft and studied under the top charter and commercial captains around—the local legends. During the spring, summer, and early fall Captain Robert specializes in inshore fishing for flounder, trout, red and black drum, sheepshead and many other backwater species. Captain Robert’s skill ranges from the creeks to trolling for pelagic fish in the Gulf Stream, and everything in between. Captain Robert understands and respects the importance of passing his knowledge and passion to the next generation; for this reason, all children (13 and under) FISH FOR FREE aboard the Reelin Pelican. In 2018 Captain Robert founded Get Kids Reelin, an annual non-profit event focused on getting children on the water, who may otherwise never have the opportunity. Join Captain Robert where he is most comfortable (just another predator on the food chain) and trust him to put you on the fish. Wouldn’t you rather be Reelin? 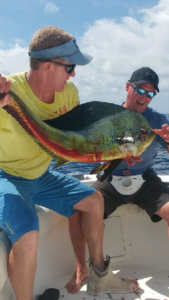 A U.S.C.G. fully insured licensed captain with fifteen years fishing experience in the Cape Fear region, Captain James specialized in nearshore and offshore fishing trips, using his experience as a charter captain and commercial fisherman to track and locate fish. As a captain, he enjoys helping his clients catch fish that they have never caught before or to set a new personal best. Captain James also enjoys teaching techniques and explaining the reasons behind where he fishes and how he fishes. 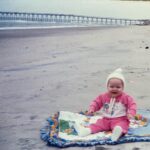 Erica grew up on Oak Island, barefoot, wild, and in love with the water. Her dad was a local commercial fisherman and her family owned the American Fish Company on the waterfront of Southport until 2005. She has been on and around boats, playing, fishing, and exploring these waters her entire life. The ocean shaped who she is in every way and continues to be her greatest teacher and source of joy, humility, healing, and awe. She went to college, lived in the high country of Colorado for a couple years, traveled abroad for 7 years, teaching yoga everywhere she went, and recently returned to her beloved hometown to settle down. Professionally speaking, she’s worked on the water in a wide range of positions; as an offshore commercial fisherman, Padi Scuba instructor, Kayak guide, charter fishing mate, tour boat mate, stand up paddle board yoga teacher/guide, and an underwater excursion photographer. Upon returning to the area, she knew the natural next step was to finally become a captain, something that’s been a long time coming. So she obtained her captain’s license earlier this year with a Master 50T Near Coastal credential. And she’s stoked to join the Reelin Pelican team as a Charter Fishing Captain. More than anything, she’s stoked to share her love for these waters with others

Memorable Experiences For The Whole Family!

Our picture posts have been slack but our lines ar

It’s that time of year! Join our team for the Bu

We’ve been playing around with Red Drum the last

Kids that grow up with our company>>> It’s alway

Our afternoon trip yesterday was lucky enough the

Think you’re tough? Join our team and test your

Yellow butterflies have been spotted which means F

We’re REaDy for the weekend!🎣One of the over

It was the birthday boys wish to catch a Shark and

Captain Robert handed off some live bait and point

Birthday boy Reelin in his first Red Drum on board

Thankful the weather cleared from yesterday and we

Flounder season is COMING SOON!!!👏🏼Book your